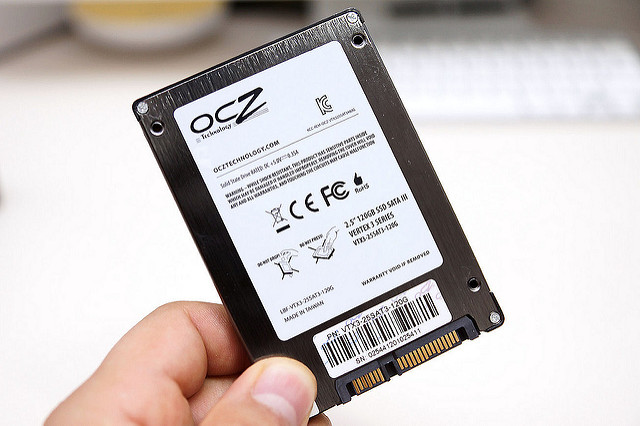 I’m quite sure my grandkids will one day be enthralled with grandpa’s stories about spinning glass platters that actually stored computer files! 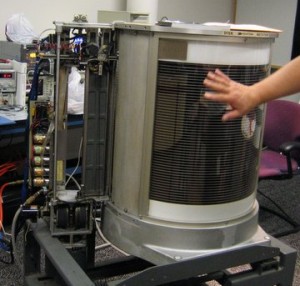 We’ve come a long way from the IBM RAMAC 350 (right), which stored a huge 5MB of data. Today, 5 MB might represent one picture attached to an email. A modern hard drive (below) can store up to 8 TB of data–that’s 8,388,608 MB, rather a lot of emails! But the basic method of writing files to a spinning disk made out of glass or silicon hasn’t changed.

Today, it’s pretty clear that this spinning disk technology is going the way of the floppy disk. Solid State hard drives are coming into their own with the advantages of faster speed, increased reliability, and longer lifespans. The old style hard drives are made in bigger capacities for now, but that will change soon with the introduction of 3-D NAND, which lets solid state drives store up to 10TB in the same small package. (OCZ Solid State Drive, above)

For now, solid state drives (SSDs) are mostly limited to high-end computers and custom builds (and aftermarket upgrades). This summer, we’re starting to see SSDs installed in some mainstream laptops. I expect within two years, most computer’s system drive will ship with an SSD. Within 10 or 15 years, I expect that old fashioned hard drives will be as obsolete as the floppy disk is now.

In the mean time, we recommend aftermarket SSD upgrades for almost everyone with a newer computer 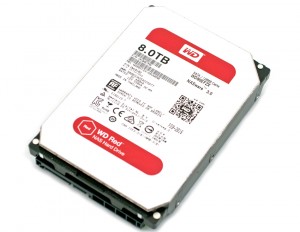 (built within the last 5 years or so). A Solid State Disk will extend the life of most computers for 2-4 years, and really improves the performance as well. For example, an average desktop before its SSD upgrade might take 3-4 minutes to turn on and be functional in the morning. After the upgrade, it might boot in 30-35 seconds. This is our client’s #1 favorite repair!

Look for another article soon on the benefits of upgrading to an SSD. If your computer is sluggish and freezes up, it’s a pretty good sign that the spinning plate hard drive is failing, and a new SSD would breath new life into your system. Give us a call to see if an SSD could fix your issues.