Cutting Through the Windows 10 Hype

With the Windows 10 launch just days away, Microsoft and it’s partners are ramping up their efforts to get you on Windows 10. (preferably on a new laptop, in the case of ASUS, above.)

My advice is simple: wait. Give Microsoft at least a month or so to work the biggest bugs out. As recently as a couple weeks ago, pre-release versions of Windows 10 still cause any number of issues, and we haven’t even explored the upgrade process yet. Rumor has it that the very latest builds of the operating system are getting much better, but July 29th is still very close to ship a full version of the operating system.

Luke and I will be experimenting with the upgrade process shortly after launch, because this is the largest unknown to the IT community. Even as Microsoft releases new weekly builds of Windows 10 in the technical preview program, many of these break the upgrade process, and have to be installed from scratch on the computer.

If you want another recommendation of whether you should upgrade sooner or later, take a look at our upgrade article, here: Should I upgrade to Windows 10?

Global advertising campaign celebrates a more human way to do

A new global advertising campaign for Windows 10 will celebrate the newest generation and invites people to join a new era with us. July 20 in the U.S. and July 29 globally, the first wave of TV and digital ads will highlight how Windows 10 delivers a more human way to do — brought to life with features like Windows Hello*** and Microsoft Edge.

From a Microsoft press statement

Humanistic design is in, and it’s a good thing for people.

Ads with images of young, ethnic college students like this one are a large part of Microsoft’s global marketing push for Windows 10. You won’t see the old IBM manager in a suit in any of Microsoft’s TV spots this year. “We want to make your interactions with Windows devices more like interacting with another person,” said Scott Evans. Hence the campus life imagery. And plus, they’re launching in time for the fall college semester.

While Microsoft Hello (as mentioned on left) is a new way to log into your computer, you will be able to talk to it: Meet Cortana. While not as catchy as Siri or Ok Google, Cortana will become the voice of your computer–eventually. As it looks right now, Cortana is one of the features that will need lots of improvement after the launch on July 29th.

Oddly enough, humanistic design has very little to do with humanism, the religion. It’s simply a mindset that computers and technology exist to serve people, and due effort should be put into making sure it serves them well. Humanistic design is responsible for things like larger font sizes, pictures of people instead of circuit boards, and speech recognition. (after all, why should you be the one who has to learn a new communication method like typing if a computer can understand you?)

Windows 10 is full of this design direction, and the biggest leader here is our favorite Windows 10 feature, the return of the start menu!

The Return of the Start Menu

Many at Microsoft were surprised at how hated the Windows 8 start screen became. After all, it was a cleaner interface with bigger buttons! It should have been better!

Unfortunately, Microsoft forgot two things: A) listen to your customers–early testers hated the interface. And B) People, in general, are creatures of habit. We’ve become very used to the Windows Desktop as our virtual real estate. We pile programs on it, websites, and more. The start menu lets us open a drawer over that desk without loosing site of the desktop entirely–and People like that.

With Windows 10, Microsoft is going back to its roots and bringing back the start menu. It’s a new and improved start menu, but still very much a menu and not a full screen app. If you like the full screen Windows experience, you can still get it, but it isn’t forced on you. Microsoft has definitely started listening to its customers again (or at least their accountants), and that’s the best way to make software that works for people.

Is Windows 10 Really Free? For How Long?

If Microsoft fulfills their promises with Windows 10 of unifying the installation base of Windows 7, 8, and 8.1 and getting everyone on board with the new fast and free update cycle, things look pretty good.

The problems come if Windows 10 is still a buggy, unstable upgrade after a year–many people won’t upgrade (and we certainly won’t recommend “upgrading” to something that’s broken.) Windows 8 was released in October 2012, but wasn’t stable until after the “Windows 8.1 Update”, released in April 2014. If popular opinion takes longer than a year to embrace Windows 10, I wouldn’t be surprised if Microsoft extended the free upgrade period. Regardless, it’s much better to wait for a stable Windows 10 release than to rush into something because it’s free now.

However, Microsoft is not giving away licenses to Windows 10–if you need to upgrade an older Vista or XP computer you’ll still need to purchase a license key. Windows 10 licenses are available for pre-order now for around $119. 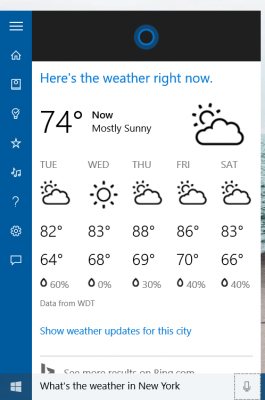 Let Freedom Club hold your hand through the year of Windows 10!

Join the Freedom Club for discounted Windows 10 update services as well as unlimited support, and all the other great benefits.

Here’s why you should join the club: 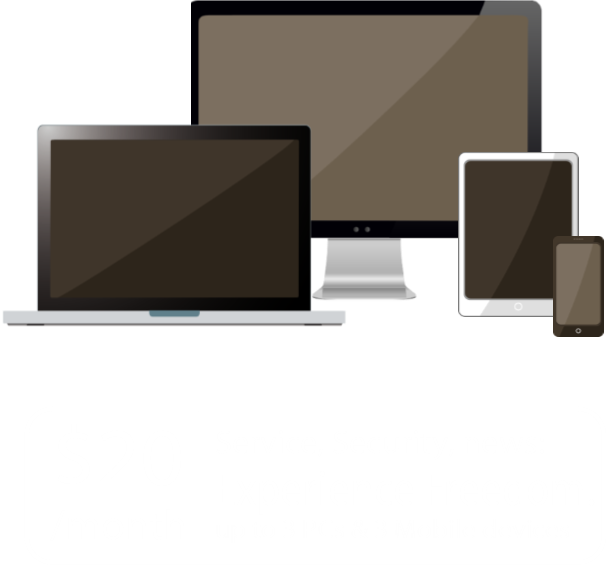